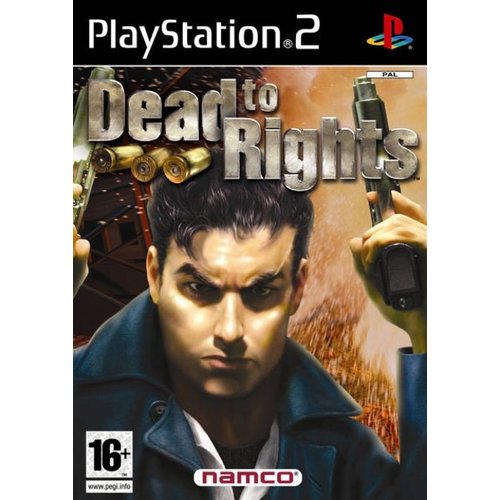 Dead to Rights makes use of bullet time, a popular gameplay mechanic of the time. The game advertises itself as drawing inspiration from Hong Kong action cinema, i.e. gun fu. The player is sometimes accompanied by Shadow, a canine partner who can attack enemies on command, and who will automatically kill whatever enemy he's aimed at and then bring the player whatever the enemy was carrying (to keep the dog from being too powerful, his attack can only be used when a meter for it fills up). In some puzzle sections, the player actually takes direct control of Shadow to reach areas that the human character cannot.